Henry Ford was born on July 30, 1863 and died on April, 1947 due to cancer. He was an American industrialist and the founder of Ford Motor Company. Although Ford did not invent the automobile, he did invent the first automobile that the middle class could afford, known as the Model T Ford. Ford also was a sponsor of the development of an assembly line technique for mass production, commonly known as “Fordism”. Due to his ownership of the Ford Motor Company he became one of the most known and richest people in the world.  He sought out to lower costs and have higher wages for workers. He believed that consumerism was the key to peace. Ford was born on July 30, 1863 on his fathers farm in Greenfield Township, Michigan (Now known as Dearborn). Early on in life Ford showed characteristics that would make him to what he became. For example, his father gave him a pocket watch in his mid-teens, Ford dismantled and reassembled this watch many times, due to this he gained the reputation of a watch repairman. He also organized other boys to build basic water wheels and steam engines. He dispalyed mechanical ability, leadership and preference for learning by trial and error early on in life which became the basis for his career. Ford had the opportunity to take over his fathers farm but with the passing of his mother in 1876 he no longer had a desire to stay on the farm. He wrote, ” I never had any particular love for the farm – it was the mother on the farm I loved.” In 1879 Ford left the farm and became an apprentice machinist in Detroit with James Flower & Bros. and then later on with Detroit Dry Dock Co.

Career Prior to the Model T

In 1891, Ford became an engineer with the Edison Illuminating Company. Just two years later he was promoted to the Chief Engineer in 1893. At this time, he had enough time and money to devote to his own personal experiments on gasoline engines. In 1896 he completed his self-propelled vehicle which he named the Ford Quadricycle. Ford was introduced to Thomas Edison in 1896 in which Edison approved and encouraged Fords experimentation with automobiles. Ford completed a second vehicle in 1898. Ford later resigned from the Edison Company and while being backed by the capital of Detroit, Ford founded the Detroit Automobile Company on August 5, 1899. The company produced a lower quality and higher priced product then what Ford wanted. This resulted in the company being shut down in January, 1901.

Ford introduced the four cylinder Model T on October 1, 1908 . The car was very easy to operate and cheap to repair. It cost just 825$ when it came out in 1908. Ford sold so many Model T`s he was able to drop the price every year, it managed to drop as low as 360$ in 1916. Ford sought out better efficiency and introduced the moving assembly line in 1913 which allowed him to increase production significantly. Sales reached to 250,000 in 1914 and almost doubled(472,000) in 1916 when the price dropped to 360$. Half of all the cars in America were the Model T`s and the majority of American drivers learned to drive on a Model T. Production went on up until 1927 until they began to decline due to rising competition. The final production count of the Model T was 15,007,034.

Fords River Rouge Plant became the worlds largest industrial complex. Ford believed that his global expansion would help lead to international peace and he used the assembly line and his Model T to demonstrate it. In 1911 Ford opened assembly plants in Britain and Canada, in which those plants became the biggest automotive producer for those countries. By 1929, Ford had successful dealerships in Germany, Australia,India,France,Britain and Canada. He also had numerous subsidiaries in any nation that the U.S had diplomatic relations with; Australia, Britain ,Argentina ,Brazil, Europe, Canada, India, South Africa ,Mexico and The Philippines. By 1929, Ford was manufacturing one third of the worlds automobiles.

Ford not only had a significant impact on the motor industry and but also an impact on workers. Ford was always looking for improvement in his workers and looked for a way to reduce the heavy turnover rate. On January 5, 1914 Ford introduced the 5$ per day program which doubled the minimum daily pay for most workers(2.34$ was the minimum daily pay prior). As the wages were essentially doubled, heavy turnover was no longer much of a problem as the best mechanics in Detroit came to Ford. Along with higher wages, the work week was also reduced from six eight hour days to 5 eight hour days.

During World War 1 Ford entered the aviation business building Liberty engines but returned to auto manufacturing until 1925 when he acquired the Stout Metal Airplane Company. Fords best aircraft was the Ford 4AT Trimotor which flew on June 11, 1926. It was made with a new alloy called Alclad, it combined the corrosion resistance of aluminum with the strength of duralumin. The 4AT Trimotor was the first successful U.S passenger airliner and seven different variations of it were used by the U.S Army. The Ford airplane division was shut down due to the Great Depression in 1933. 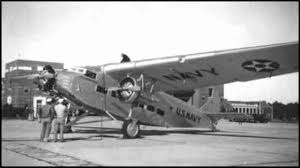 Ford was not for the war and was utterly disgusted by it. In 1915, Ford and 170 other peace leaders chartered a Peace Ship to Europe. It was nothing more then a failed effort as it was a target for mockery and ridicule. Although Ford talked to President Wilson about it, it had no government backing and in 1918 President Wilson encouraged Ford to run for the Michigan seat in U.S senate. Wilson believed Ford could help bring peace but Ford ended up just barely losing the vote.

Henry Ford had a tremendous impact on our growing society. He introduced a means of transportation that was affordable for the average person and he doubled the minimum wage with his introduction of the $5 work day. Along with his affordable Model T, Ford sponsored the assembly line technique that allowed for mass production of inexpensive goods. Along with cars, Ford gave us the first successful passenger airline, The Ford 4AT Trimotor. Not only did Ford have contributions to our society, but he had contributions on a global scale as he had successful dealerships on six continents. Ford is one of the major contributing factors that helped jump start and shape are economy to what it has become today.